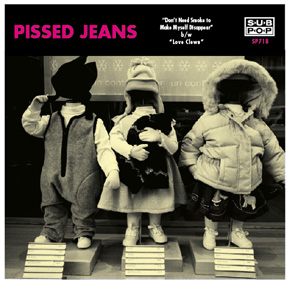 Your Life Is Worth Pissed Jeans 7"
Released October 2010 on Sub Pop Records. 500 copies on yellow vinyl, the remainder on black.